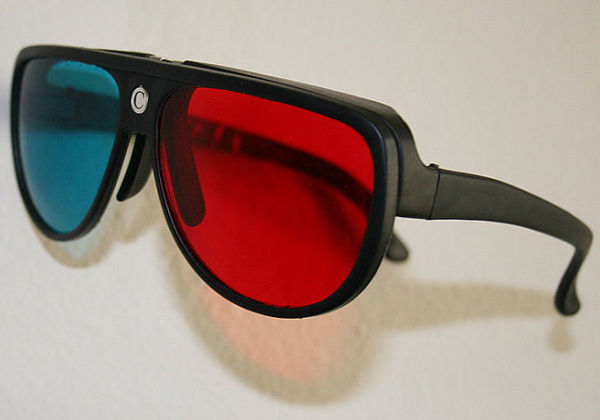 The idea of ​​breaking down an image into its components so that the brain perceives it as three-dimensional is not new, as evidenced by the fact that Batman comics have featured various types of such glasses for nearly five decades. Yet most people don’t know how they work, or why the images seem to come out of the cinema screen. Here are some basic tips for understanding how 3D or stereoscopic images are formed.

First of all, you should always remember that two cameras are used at all times when shooting seemingly 3D scenes. The trick is to shoot the same thing from two slightly different angles, which mimic the distance of 2 inches (5 centimeters) between human eyes. Naturally, we are born to see in stereoscopy, but our brains merge the two slightly different images of our eyes and allow us to see 3D objects by “default”.

In the case of 3D movies, for example, producers have to shoot the same scene using two cameras that are slightly spaced apart. These capture the images which are then superimposed on each other. But the trick is in the light filter used for each of the cameras, and that’s the second most important detail. One of them should use a reddish filter, while the other should use a cyan, green, or blue filter. After arriving at the cinema, people are given a pair of glasses with carefully designed lenses.

Each of the lenses has a certain color, but one is always red, while the other can have any of the other three. Light filters mean that images that were taken by the first camera, using a red filter, will only enter the right eye, while images from the second camera, which were taken in green, will only enter the left eye. This color coding is essential in helping the brain to reconstruct images.

If, while watching a 3D movie, you take your glasses off during intense scenes, you will find that what appears on the screen may not look like a good movie, since the image is completely out of focus. Without the glasses to encode and control every frame on it, your brain perceives the film exactly as it appears – an indecipherable combination of images and colors that make no sense.

How do storm glasses work? Do they work at all? | The right drug | Savannah News, Events, Restaurants, Music